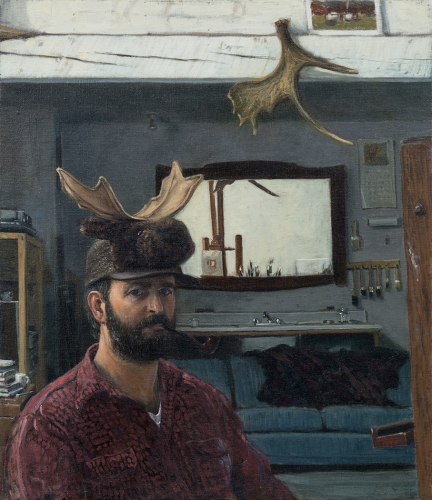 Linden Frederick grew up in Upstate New York and studied art at Ontario College of Art and Design in Toronto and the Academia de Belle Arte, Florence, Italy.  His sensitive, nearly narrative landscape and scene paintings were first exhibited in New England in 1985.

Since moving to Belfast, Maine in 1989, Linden Frederick has been included in exhibitions at the Farnsworth, Ogunquit and Portland museums of art in Maine and in gallery exhibitions in Maine, New York, Texas, New Mexico, South Carolina and Pennsylvania.

A Forum Gallery artist since 2004, Linden Frederick has been the subject of four one-person Forum Gallery exhibitions.  His work has been acquired by public collections throughout the United States, and by private collectors from the literary, film and finance communities, among others.