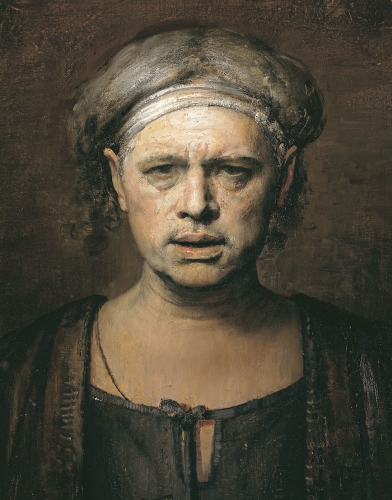 Odd Nerdrum was born in Sweden in 1944. He studied at The Art Academy in Oslo, Norway and later studied with the conceptual artist Joseph Beuys in Düsseldorf, Germany. The iconoclastic Norwegian painter is well known for compelling portraits, stark landscapes, and apocalyptic narratives that depict unearthly scenes. Influenced by Rembrandt and Caravaggio, Nerdrum is admired internationally for his unequalled skill and technique, as well as his extraordinary subject matter, which transports the viewer to another time and place. Nerdrum is an artist known for his rejection of the principals of Modern art turning instead to the artistic ideals of the Old Masters. In Odd Nerdrum Themes: Paintings, Drawings, Prints and Sculptures, Nerdrum explains his choice of defiance to the art of his time: “I saw that I was in the process of making a choice that would end in defeat. By choosing those qualities that were so alien to my own time, I had to give up at the same time the art on which the art of our time rests. I had to paint in defiance of my own era without the protection of the era's superstructure.”